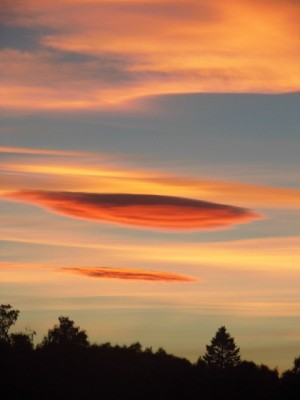 This last week of August consisted of a large number of meetings as everyone began get back into the swing of things after the summer break. We were at St Columba’s, Nairn on Sunday, as always we found a happy and faithful family church, the congregation was in good spirits and we had a good morning. Lunch at the Rectory was followed by a visit to my Mother who has decided that 89 years after her baptism she now wishes to be Confirmed, and she wants some Confirmation preparation!

The rash of meetings  continued into the next week, these included the first of the sessions meetings of Inverness Presbytery, Diocesan Standing Committee and a Cathedral Finance meeting. The week ended though with a remarkable event in the Cathedral, as part of the Blas Festival we held the 70th birthday concert for Anne Lorne Gillies, a wonderful evening of Gaelic singing and Celtic music, this was followed on Sunday with an evening of Gaelic worship songs and hymns, and on Tuesday a Gaelic Eucharist, we had a good Blas.

I also had a very emotional day on Tuesday as I Confirmed my 90 year old mother at the early evening Eucharist, Mother was sponsored by Beth and Mara and for the first time in a lifetime of faith she received Holy Communion. There were many tears.

I had a drive to the East on Wednesday, calling in at Gordonstoun School first thing, then off to Elgin for a meeting at the Community Centre. I decided as I had an hour before my next meeting in Fochabers that  would drive over one of my favourite roads, it is the road from Sheriffston over Cranloch and down to Orton,

I arrived at Orton and drove down to St Mary’s Well, a holy well on the Orton Estate where I used to lead pilgrimages. As I parked the car in the muddy field I heard the unmistakable noise of air escaping from one of my tyres. So in my best suit  had to kneel in the field and change the tyre, one of those stupid half tyres we are all issued with as a spare nowadays. I arrived at my next appointment in a rather dishevelled way.

This appointment was to receive a cheque for £7000 from a German couple who had sold the family holiday home in Moray and wanted to give me a share of the sale price to use for the Bishop’s Emergency youth and family fund. A wonderful gift which will really help. I received the cheque at Gordon Chapel, Fochabers and we then went off to lunch at Gordon Castle, thanks also to Jeff and Lyn Lowndes who organised the event.

On Friday Jane and myself were guests of the military at Fort George.  It was the annual Highland Tattoo and we were invited for supper in the officers mess before we took our seats on the stands and watched a very entertaining evening of events. It was good to met up with a number of local friends and acquaintances.

On Saturday the girls headed off to their other homes, we drove Beth’s stuff back to Aberdeen and then on to Edinburgh with Mara’s clobber, it was a long and very quiet drive home.