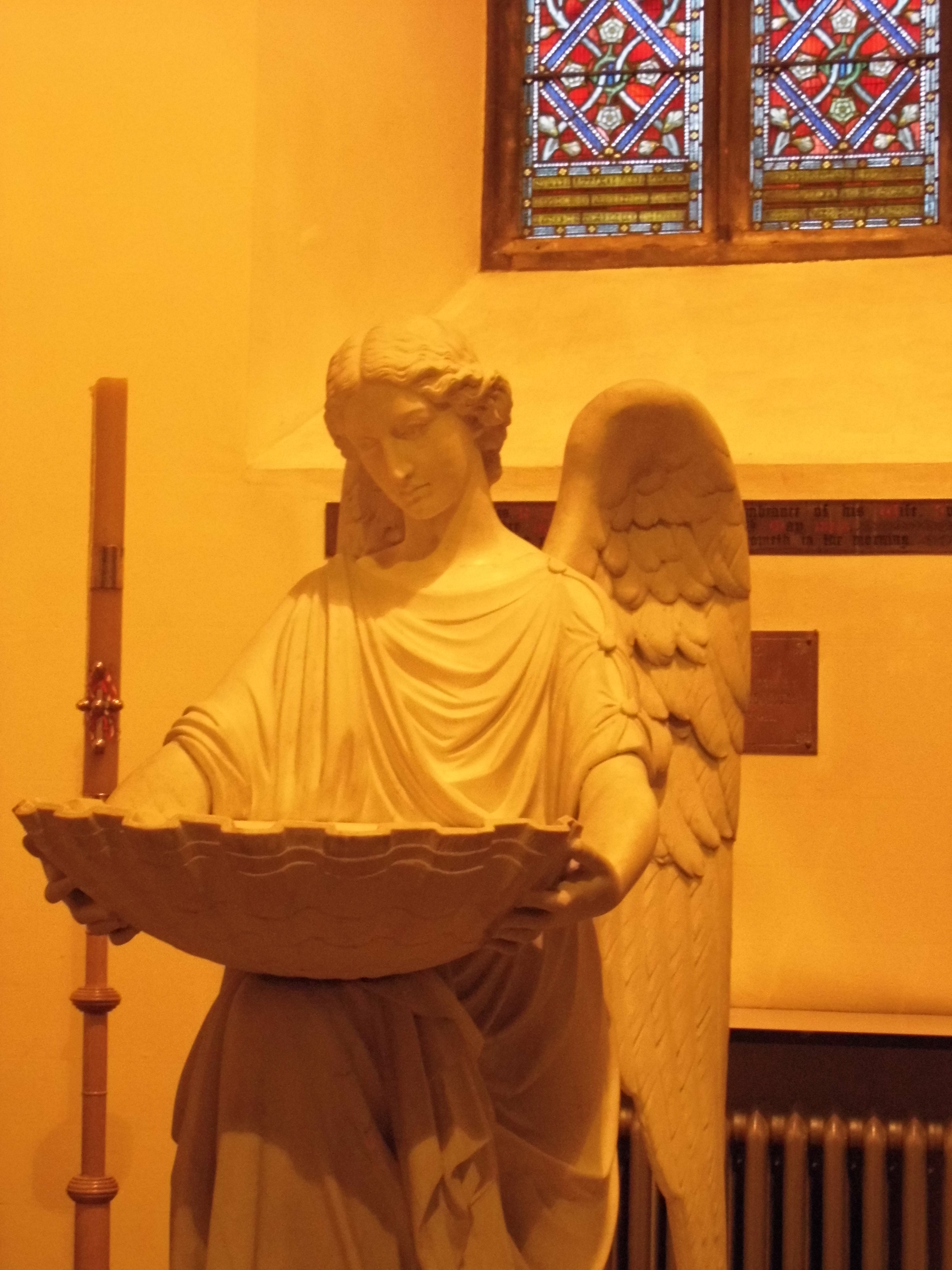 I love the feast of Candlemas.

I find the symbolism of turning from Christmas to Lent, the candlelit procession to the font and the singing of the Nunc Dimittis in a darkened church all magical in the best sense  of that word.

That feeling was heightened this year as we all entered the remarkable baptistery in the Cathedral.  The lights in the rest of the building were dimmed, the font was bathed in light and the smoke from the thurible was curling around the head of the angel. Just wonderful.

It was also good to have a number of people from across the diocese there with us.

Later in the week I drove over to Gordonstoun School for their annual confirmation service. This year the service was held in the small and atmospheric  Michaelkirk, the eleven candidates and their families filled the chapel to overflowing.  I actually took my robes outside and robed in the church yard just to make some space. It was a joyous day and thankfully a dry day. I called in on a number of retired clergy on the way home.

On Sunday I had the joy of spending the day with the local churches in Cromarty and Fortrose, the congregations were in good health and full of cheer, though I drew the line at attending the congregational meeting at Fortrose!

I had to rush back to Arpafeelie to meet with a couple planning to be married later in the year and then had a brief rest before heading off to the Cathedral for the first of our regular Gaelic Eucharist’s. It was good to see a goodly number sitting waiting in the choir stalls.