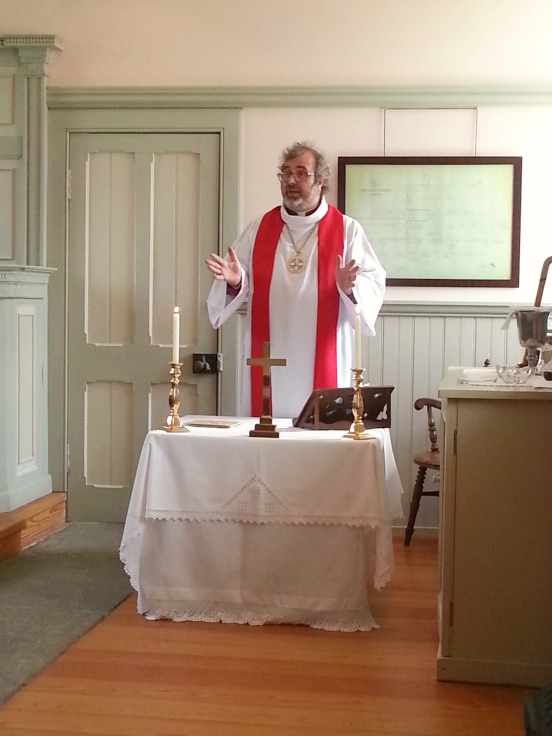 On Saturday we prepared the house for visitors.  This time our visitors came from Worcester, in fact Vicki had been a member of my youth club at St Barnabas, the church I served my curacy in. Vicki was a young teenager full of ideas and activity when I left the parish, now she is a mother of two, with a teenage daughter of her own. Vicki, Autumn and Jimi arrived late afternoon and I discovered a young thirty something full of ideas and activity, the visit was going to be good! In the evening we took the three of them down to Chanonry Point near Fortrose. The dolphins were putting on a very good display for the large crown gathered on the shore and Jimi was enthralled while Autumn spent the time catching the images on film. 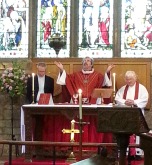 On Sunday I was presiding at St John’s, Arpafeelie and we trooped over the lawn and into the church. It was a lovely morning in church, lots of chat over coffee and some fairly serious theological refection as well. In the afternoon I drove down to the Cathedral for an afternoon of WW1 poetry and song. There was a good turnout and everyone joined in the singing and listened carefully to the poems, it was a good afternoon, though the rain had begun to fall like stair rods.

The rain kept on falling all night and by morning we were hearing reports of flooding throughout Moray. I made contact with the Rector of Holy Trinity Elgin to check on the situation and discovered that once again the church hall was flooded and some of the congregation evacuated from their homes. There seemed nothing that was needed so we decided to take our visitors to Fort George. It was blowing a gale but the rain had stopped giving us a great afternoon trying to walk around the walls in the wind. In the evening Vicki asked if she could sing us the songs she had written about her faith we sat in the living room and listened to some very beautiful and powerful music, written by someone with a deep and warm faith, we felt blessed.

Vicki, Autumn and Jimi headed back to Worcester on Tuesday morning and I went over to the office to attend the Ministry and Mission Board, feeling almost ready to return to full duties. Later I headed down to the Cathedral to celebrate the Eucharist and then to meet with the Vestry to begin looking at arrangements for the vacancy when the Provost has moved to his new work in Geneva.

We drove over to Aberdeen on Wednesday to take some essential to Beth’s flat in preparation for her return to University next month. I have to admit that the journey really took the wind out of my sails and I have realised that I really have to be careful about how much I do, even when I am feeling fit.

Jane, Aidan and myself set off for Inchnadamph on Saturday morning, we were to spend the day with the people of the North West and others from across the diocese as we celebrated the 900/150th anniversary of the diocese. This was a day of Iona themed celebrations led by the Revd Joanna Anderson, Islands Centres Director for the Iona Community and Anglican Priest. The venue was Assynt Old Parish Kirk. We heard about the community on Iona, Cootie taught us new songs and I celebrated the Eucharist the first time such a service has taken place in this place since 1724.  In the afternoon we talked about our offerings to the Church of Christ. The whole day was very special in a very special place.

The celebrations continued on Sunday, this time in Inverness itself. The ancient parish church of Inverness is the Old High Kirk in Church Street, and it was from this congregation that those who became the congregation of St John’s, Inverness had left when the office of Bishop was abolished in Scotland. We started our worship in the Old High where we used the first part of the 1637 liturgy as we would have used in this church. We all then walked behind St John’s processional cross to the site of the former St John’s Church on Church Street. Here I led the praying of the Intercessions before we walked down the High Street and up the brae to St John’s present building. Here we continued the service with the 1982 Eucharistic prayer. Throughout the afternoon we were accompanied by Rev Peter Nimmo and members of the Old High congregation. It was a good witness and a good bringing together of two traditions that both started in the same church.

The afternoon ended with a great buffet in the church hall before the Strange clan retreated back over the firth to Arpafeelie.