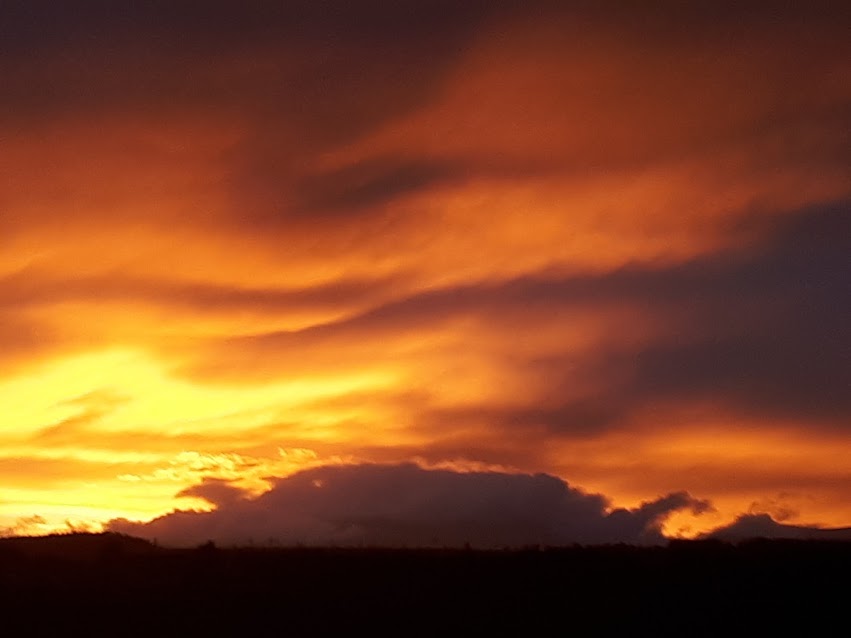 I had an at home week this week, well except for Wednesday when I had a mad dash to Caithness to meet with an ordinand as we discussed a future curacy in the North. We drove right round the Charge, then I drove on to Tongue for a meeting at Fir Chlis, a quick nip into the Crask and then home. Nearly 300miles all told, but a lot done, not least frightening the gentlemen of St John’s Wick who when they saw me asked what they had done wrong!!

Thursday was Ascension Day and I celebrated at with the people of Glenurquhart and celebrated in the Cathedral at the Evening Choral Eucharist. We also said farewell to Nora who had reached 99 years but who went off to celebrate her 100th in a better place.

The meetings and services completed we set off on Friday for a weekend in the Diocese of Aberdeen. We had booked into a hotel in Aboyne as I was confirming at the morning service in Christchurch Kincardine O’Neil.  On the Saturday we visited Crathes Castle and Craigievar Castle, it was a lovely day out. The morning service at Christchurch was full of happiness and prayer, even though it is many years since I have celebrated Communion using the English Office in our Prayer Book.

Sunday evening saw us at the Cathedral in Aberdeen for the Diocesan Choral Evensong, the Renewal of Lay Reader promises and the Commissioning of the new Cathedral welcomers. We arrived back at the hotel just too late for dinner and had to make do with a sandwich in our room, not such a good end to a great day. On Monday I chaired a Pre Synod meeting for the Diocese of Aberdeen and Orkney and then we drove home, very tired but having had a good visit.

One night at home, just enough time to get the washing done and I was on the move again, this time heading down to Edinburgh for a night in the Officers Mess at the Castle as I prepared to take part in the National War Memorial Service on Wednesday morning. This annual event marks the completion of this national icon and this year it was the 90th year. The service is very solemn but the crowds outside just wanted to have photos taken with us all, so a quick facial shift from thoughtful to smiling and the day moved on, more people to talk to, more connections to make. On Thursday I attend a day’s workshop on selection for ministry before climbing aboard the Highland Chieftain and heading home.

Not for long though. The annual leaders training session for the Glenalmond Youth Week was at Arpafeelie for the weekend and Jane was preparing huge pans of curry and large dishes of lasagne when I realised that the meeting I thought was in Perth was actually in Edinburgh and that I needed to be there. So after one day at home I was back on the Chieftain to attend the AGM of ACTS (Action for Churches Together in Scotland) at the Quaker Hall just off the Royal Mile. Back home that evening so that we could drive over to Forres in the morning to lead the worship at both 8.00am and 10.00am before attending the Praise Service in the Cathedral for the end of Thy Kingdom Come week of Prayer. I then sat down poured a dram and began to think about General Synod.