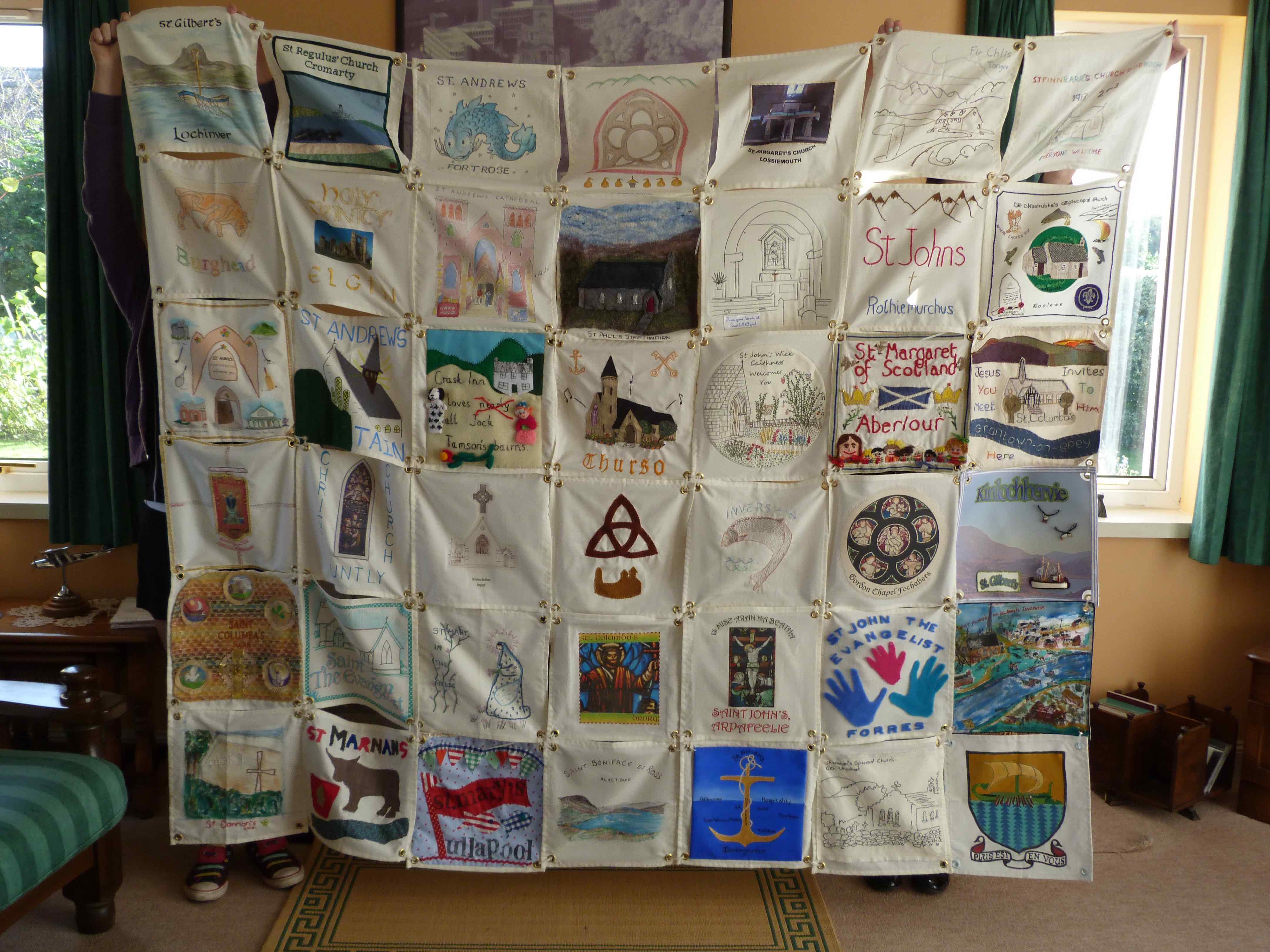 2014 marked the 900th anniversary of the founding of the Scottish Episcopal Church Diocese of Moray and the 150th anniversary of the uniting of the Dioceses of Moray, Ross and Caithness. Celebrations took place across the United Diocese, culminating in an anniversary service at St Andrew’s Cathedral in Inverness on 27 September. Prior to that service each congregation had been send a blank square of fabric with the request that they decorate it in any way they wished, to represent their community. At the service the squares were joined together into a banner. Later, Bishop Mark decided that so much work had been put into each of the squares that the banner ought to be remade into a more permanent piece. This booklet is a record, in pictures, of the making of that banner.