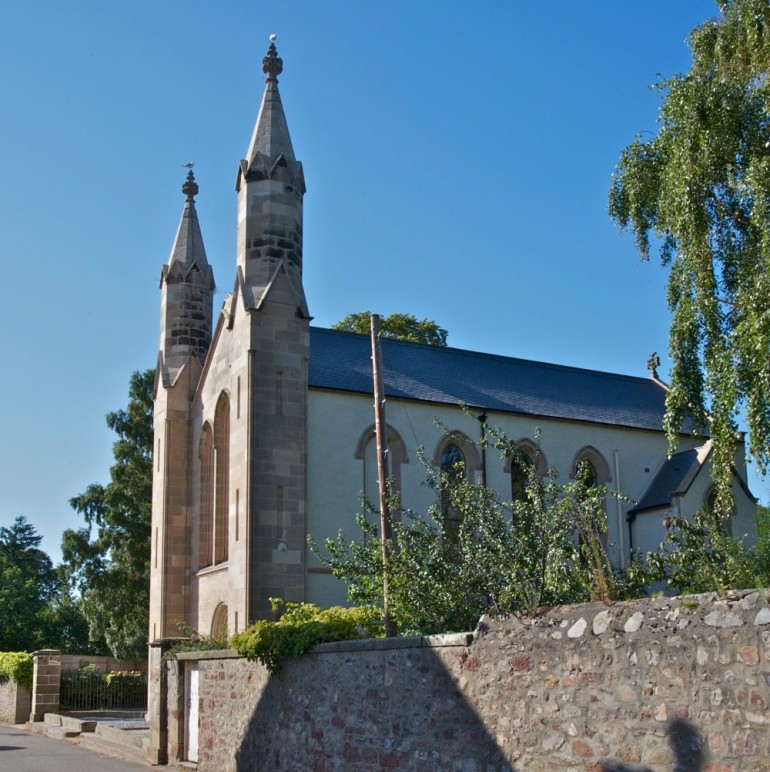 The following week began quietly in Bishop’s House.  On the Sunday morning we headed off to Gordon Chapel , Fochabers and had a lovely time with the congregation and a very fine lunch downstairs,  Gordon Chapel being on the first floor of the building and downstairs,  the Rectory and Parish Room, a very unusual arrangement.

We hurried back through to Inverness and the annual Blas Service in the Cathedral, this year the service was being televised by BBC Alba and therefore we needed to be ready, I even attempted to tame my unruly hair, but as you will see if you ever see the programme, I failed as usual!

Back to Edinburgh on Wednesday for a meeting of the Provincial Standing Committee, much important business to attend to, though this time I had an even more pressing appointment. I had arrived in Edinburgh clutching all the items Mara had forgotten to take with her, this included a cuddly Spyro Dragon who peeped out of the bag as I hurried along Princes Street, much to the amusement of passers-by. Had a brief coffee with Mara and then headed off to catch the train home.

Thursday was a special day for the Diocese and the people of Rothiemurchus, Badenoch and Strathspey. Today we were saying farewell to a loved and caring priest. Rev. Roddy Shaw had served the people of the Strath for many years, he was always available to them and I have to also admit, also to a struggling young Bishop. In my early days as Bishop, Roddy would listen and allow me to unburden, a gift I appreciated greatly. The funeral was packed, the church, the hall and the grounds. The sun shone, the pipes played and just as Roddy would have wanted, we had a great blether in the church yard afterwards as we swapped stories of our dear friend and faithful priest.

On Saturday, Jane and myself packed the car with snacks and headed out into the Diocese to share with people in their prayers leading up to the Referendum on Scottish Independence. I had asked that all our churches would be open and that prayers be available for all who might wish to spend some time in church. We travelled to a number of the churches and in over half of them we did find people, some we knew but a number of people who had just called in.  It was a good day, which ended on a high as we attended a reception at Eden Court  and then attended the final performance of this year’s Blas, a concert where the music, singing, dancing and speaking was performed by the young people of the Highlands and Moray, wonderful.