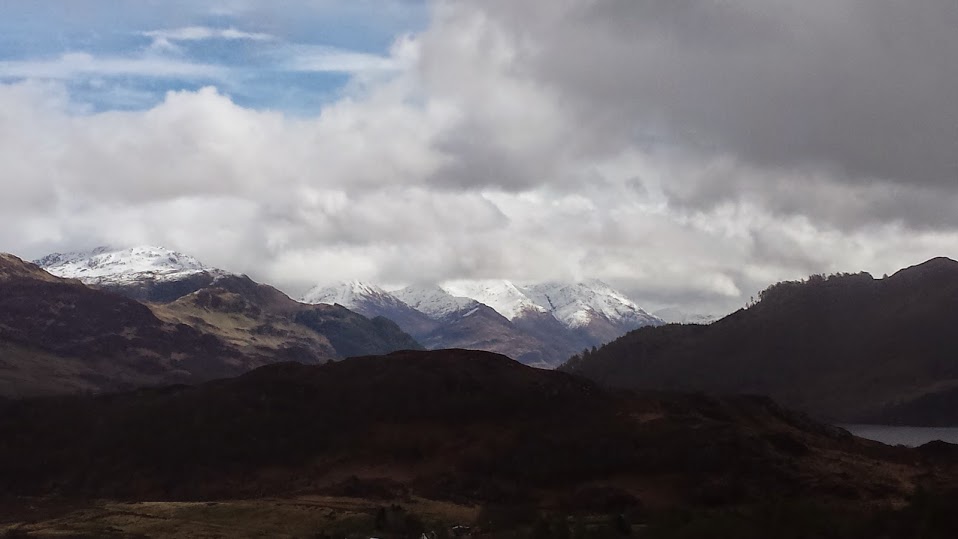 After a week of travelling it seemed sensible to keep going now I was in the groove, so on Tuesday I headed over the hills to the West of the Diocese. I was visiting the small church of St Donnan’s, Nostie, this remarkable place boasts a simple but powerful church built beside a highland burn and is surrounded by peat bog and silver birch. The church has suddenly found itself with a real problem; the water keeps rising and flooding through the building. I was visiting to bring support, to listen to concerns and potential solutions and to offer any help I could.

I was met at the church by Canon Fiona Newton and members of the congregation and in true highland style we held our meeting as we munched our way through homemade pasties and warming soup. Basically a way needs to be found to allow the water to get away without flooding the church and the pathway to it.  We have ideas, now to see if they will work.

From Nostie I journeyed North to Kishorn and visited the chapel at Courthill house, and what a shock I got! The ruined mansion was no more, it has been demolished and the church stands almost alone, it looked very peculiar, but it also gave the church more prominence. I met with the Lay Rep and a member of the congregation as we spoke about the life of the congregation and the use of the chalet that stands in the church grounds; it was raining hard when I left. 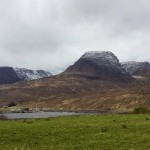 As the road began climbing up from Loch Carron to Achnasheen it turned readily to snow and that snow began to settle on the road, at one point I had to stop as I could see nothing ahead or behind me. I cleared the lights on the car and crawled slowly along until visibility improved and I was back in sunshine.

I was heading East again the following morning to meet with Rev Sarah Murray for an update on her curacy. We met at Holy Trinity Church Elgin and after the meeting I nipped into the church hall and spent a short time with the prayer group. From Elgin I drove over to RAF Lossiemouth where I was treated to lunch by the chaplains and caught up with Ven Jonathan Chaffey, Chaplain in Chief of the RAF and former base chaplain at Lossiemouth when I was the local rector. He was in Lossiemouth to dedicate three new Squadron windows for St Aidan’s Church on the base, and I was privileged to join the community there for the service.

On Thursday we were joined at Bishop’s House by a couple of clergy from the Province of York.  Tom  a former Youth Leader at Glen, and his training incumbent Philip, were on a road trip to Scotland discovering the difference and similarities between the Scottish Episcopal Church and the Church of England. They stayed overnight and then headed South again the following day. I never had a road trip as a curate, not even a road walk!

After a number of meetings on Friday it was good to be back on the road on Saturday.  This time we were heading for Foulis Castle and the Red Cross Charity lunch, we took the shortest route form the house to Foulis which included the negotiation of a DIY level crossing. Jane elected to open and close the gates but nearly shot out of her skin when someone stated playing the bagpipes in a neighbouring garden, I think she thought it was a train coming. The lunch appointment was rather brief, time to hear the speeches and say hello to a number of guests and we had to leave just as the buffet was being served. We were then rushing back over the Black Isle to Inverness and the Culduthal Christian Centre to join the L’arche community at the celebration of their 40 years in Inverness. I was helping to lead the prayers. We arrived just the food had been taken away! The service and celebration were wonderful and ended with many of us dancing around the church; it was good to see so many happy faces.

Needless to say we were now feeling a bit peckish, but we had one more service to attend and one more meeting, and then back home with chip suppers and food at last.