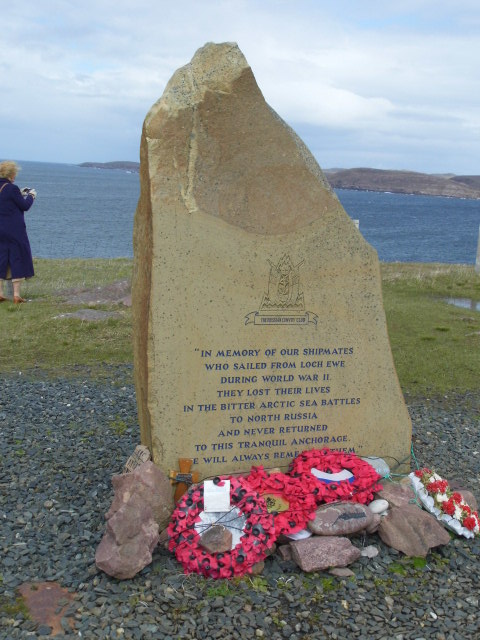 This could have developed into another long week of meetings interspersed with services, a pattern which has become all too familiar in the past few years.  Someone is always wanting to see me about something,  groups are often asking  me to attend their business meetings, that s why it is always good to have meetings that are leading to something good. This week we had a meeting of the delegates going to Quebec the atmosphere was one of great excitement, at last we all knew we were actually going, the flights were booked!

On Saturday we had another good meeting when all those who had offered to become welcomers and guides at the cathedral came for an afternoon of anecdote, history and the principles of guiding. There was a good turnout and lots of laughter as I  gave them a guided tour of the cathedral. We now hope to have someone on duty in the cathedral each day.

Sunday 24th May was the day of Pentecost and also the 50th anniversary of St Maelrhuba’s, Poolewe. Jane, Beth, Mary Dormer  and myself drove over for the morning service. The church was full and  number of people had travelled many miles to join the congregation for this special day.  The scout group was also there and I  would later present them with badges. There was a lovely buffet in the village hall after the service and it was good to catch up with many old friends.  Rev Heather then drove me over to Cove and the memorial to the who lost their lives on the Arctic Convoys.  Here we led an act of remembrance attended by locals and one or two veterans, a moving service as always. We got back just in time for Evensong  and a late supper. 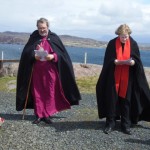 I was in Edinburgh for a night on Tuesday, I was there to attend the Scottish National War Memorial Service at the Castle. Each year one of the bishops attends and it was my turn again this year, it also means I have t stay the night before and I am accommodated in the officers mess. It is quite exciting striding across the esplanade  after visiting friends in town, knocking on the big door and being allowed into the castle. It was good catching up with old friends and acquaintances and making new contacts, it was also good to see our own Lord Lyon Joe  in his wonderful robes.

On Thursday I found my way over to Fairburn, just beyond the Muir of Ord.  Here I was consecrating an extension to the Stirling family graveyard. Canon Ian Palllet was acting as my chaplain and as we splashed about in the pouring rain, the order of service disintegrated, my shoes filled with water but we kept on going until the ground was marked out and blessed.  Then back to Arcan Mains and a lovely lunch with fresh caught salmon.

Saturday was a day of great excitement in Inverness. Inverness Caledonian Thistle were playing in the Cup Final and the whole city seemed t be heading for Hampden Park for the game. Jane and Mara were on one of the coaches, while I was at the Mothers Union quiet day at Arpafeelie!! The team won and I heard the result just before I robed up for the evening Eucharist, needless to say I gave the service bell an almighty ring and proclaimed our joy from the Cathedral tower.