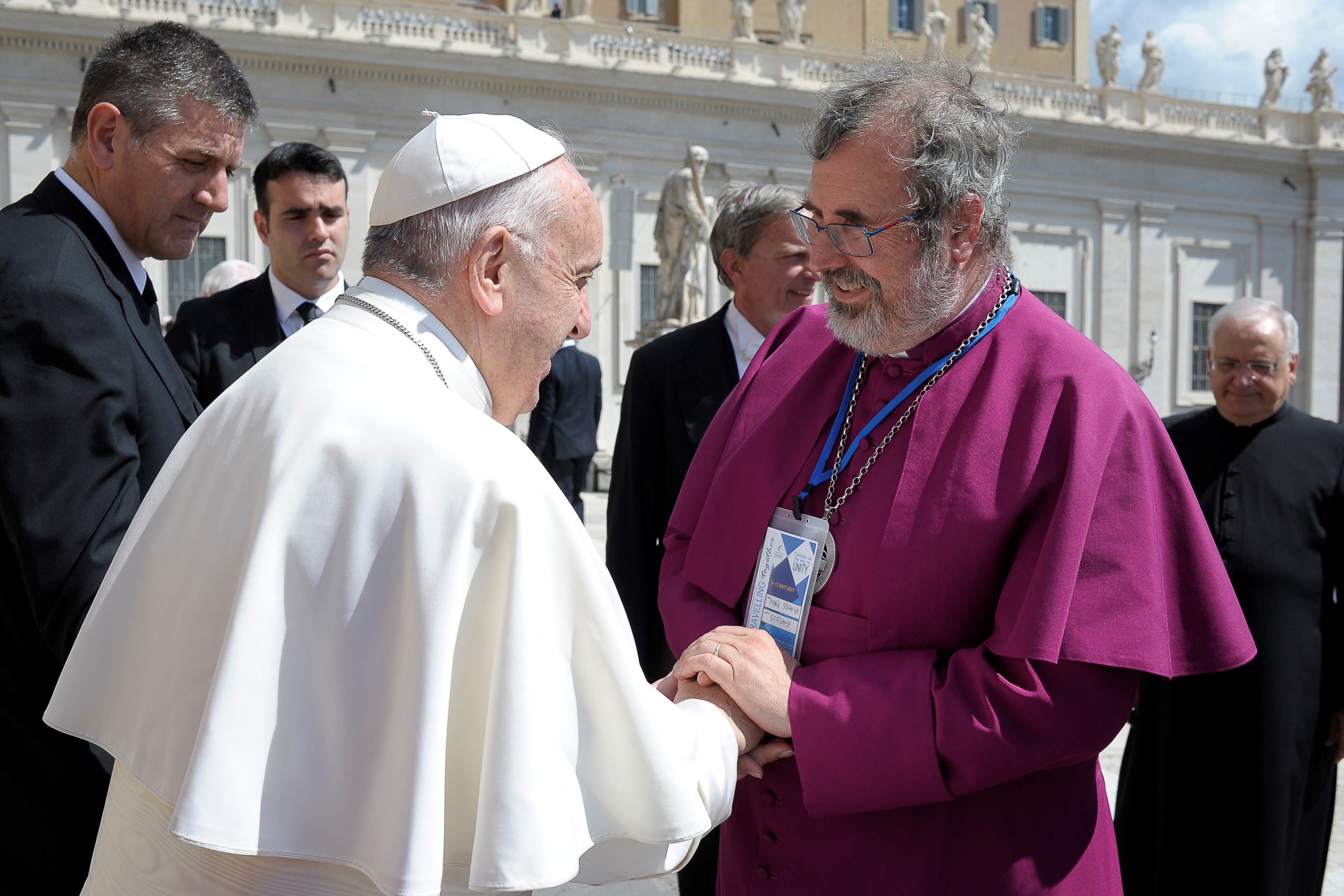 I flew out of Inverness Airport at lunchtime and having negotiated Heathrow, I found myself on my flight to Rome. I was part of a Scottish group attending a Conference on Unity organised by the Focolare Movement, the Inter Church Relations Committee had accepted the invitation and off we went.

I was met off the plane and having joined the coach we all arrived at the Sossone House where we were to stay. All was well except, no tea and no kettle equals grumpy bishop! After a good night’s sleep though, I joined a delightful family from Greece who were having breakfast in the dining room, and so began a week of new friends and so many wonderful conversations.

The conference was held at Castel Gandolfo, in the former Papal Audience building, now given over to the Focolare movement as their headquarters. The gathering numbered over 700 from all parts of the world and from so many different denominations. The atmosphere was remarkable, one minute we were all singing along to a choir, then serious debate and back to singing and prayer, a combination of theological conference and revivalist rally. The first full day, and it was a very full day, starting with breakfast at 7.30am and getting back to Sosoni by 10.00pm. We ate communally and all day was taken up with debate and worship.

On Wednesday we all headed into Rome for the Papal Audience, there was so much excitement, especially from the Roman Catholic delegates, and that excitement was contagious as we all began to head into St Peter’s Square. At this moment I began to experience a most remarkable moment. I had been asked to wear my Cassock for the trip and as we crossed into the Vatican, I was slowly ushered through barriers and fences until I was escorted to a seat alongside the raised dais from where Pope Francis was addressing the crowds. To say I was awe struck was an understatement. I sat through the General Audience before being escorted to the Throne and introduced to the Pope, I remember I smiled a lot. The moment was very special and very powerful and I give thanks for it.

I was then asked to provide an interview with the local television and was interviewed there and then in the street, with crowds looking on, and with people wanting to shake the hand of the man who  shook the hand of the Pope!

The Scottish delegation then headed off to the Scots College, the college where the Roman Catholic ordinands from Scotland are trained. We were given a lovely lunch and after a service of prayer we were given a guided tour of the college, this included the chapel in which is housed the original grave makers for Prince Charles Edward Stuart and his brother Cardinal Henry Stuart, another special place for a Highland Episcopalian. The day in Rome ended with Orthodox Vespers sung in St Paul Outside the Walls, another wonderful moment.

On the Thursday we debated and worshipped in the morning and I had the privilege of celebrating the Eucharist for the Anglican delegates. We were in fact joined by many others who wanted to worship with us, it was an emotional service as many felt unable to share in the sacrament but felt that separation keenly. After lunch we headed to the Catacomb of St Sebastian and after a guided tour of the Catacombs we had a very powerful service of reconciliation in the chapel, much hugging and smiling and praise.

The conference came to a close on Saturday morning and we had some free time as flights were booked for Sunday morning. Some of us took the opportunity to explore some of the churches of Rome, before Miriam forced marched us across the city to an Ice Cream parlour, she was right, wonderful ice cream!

I got home on Sunday afternoon after a remarkable and truly wonderful experience, thank you to the Focolare for organising it all, it has given us much food for thought.