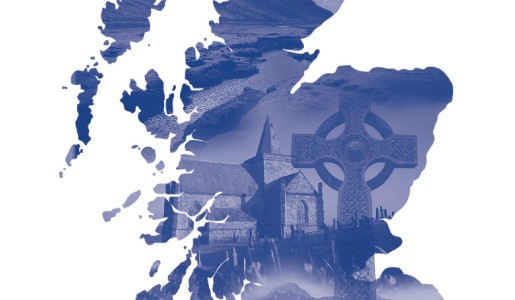 Highland Council was the last to declare its referendum result – that final result didn’t change the result nationwide but it allowed me to see what had happened across the whole of the area I serve both in Moray and the Highlands.

In Bishop’s House, as in many households across much of Scotland, my immediate family woke up with very different emotions, relief, joy and despair, for amongst those I love and care for the whole breadth of the debate in Scotland could be seen and I was now called upon to comfort, congratulate and commiserate.

It had been the same all week, people coming to speak to me about their fears and their hopes but also their desire to ensure that somehow their communities and families would hold together, whatever the result. That was what people wanted to say to me, often quietly, almost in secret, voicing the hope that a united Scotland could emerge from such a divided election.

That is now the task of us all, to grasp the remarkable response people have shown in recent months. People have become engaged in the issues that affect their communities and their country, from the overwhelming enthusiasm of the young people who argued and debated in schools and colleges to the passion of ordinary people as they spoke in halls and community buildings about the society they wanted to live in. I don’t believe that things can ever be the same as they were on the 17th September, thepassion and determination of the people of Scotland who voted Yes and No have been reignited by the debate.

The type of society that people are speaking about, and clearly want, is one which is fairer and more compassionate, a society that cares and campaigns for the least advantaged, a society that wants to have the right to make a difference here and now in this place, and for the future. That is a society that needs all of us to play our part, to keep alive the hopes and dreams of a nation.

I stood at the door of the Cathedral in Inverness on referendum day and chatted to those who were heading for the polling station, people who had come out for the first time to cast their vote, people who had heard the promises made by both sides and who will now wait to see those promises fulfilled , we must not let them down, we must not allow them to become disillusioned with the whole process, to slip back into the shade.

Scotland needs all its people to be engaged, its institutions to be working together and its politicians to fulfil the promises they have made. I am proud to play my part in this and to work with others in a society that can disagree passionately but one that can also work together for the benefit of all.

I pray that the strong and proudly held characteristics and values of the Scottish people which has shaped Scotland’s past will continue to shape its future, and that communities across the country will work with one another, for one another.