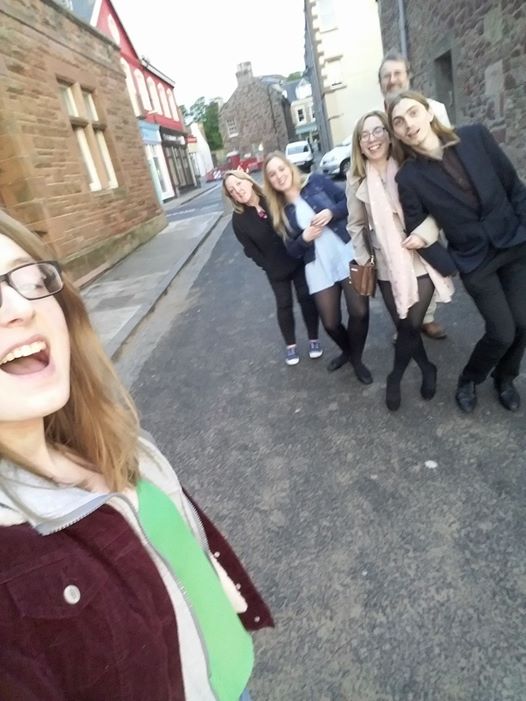 I slept well on Sunday night after my flights back from Rome, which was just as well, because the week ahead was going to be busy. It started with a funeral in Elgin for a remarkable member of the congregation, who had lived life to the fullest but who had been laid low with dementia, we gave Hermione a good send off, with much love.

The week then developed as I attended vestry meetings in Glenurquhart and at Poolewe, went back to Glenurquhart for a midweek Eucharist, had a meeting with the Diocesan Treasurer and then on Friday drove down to Edinburgh and another remarkable couple of days.

Jane and I had been invited to stay overnight at Holyrood Palace as guests of the Princess Royal. We were to attend the ceremony of the keys, then dinner, then stay over and breakfast the following morning.  We then  escorted  the Princes Royal to the General Assembly, as she is the High Commissioner this  year.  All went well, except for the dipping of my pectoral cross in the soup. I was even allowed to drive my car to the front door! Later as Jane and I headed back to our room after a drink with equerries I stopped as we ascended the main staircase in the ancient home of the Kings and Queens of Scots, just the two of us in that place. Life is remarkable and at times unexpected.

We drove over to North Berwick on Saturday so that we could spend some time at Aidan and Kristy’s new house, the girls also joined us there and we had a great evening out in North Berwick and a walk back along the sands as the sun set. The next day we went to St Baldred’s for the morning service and then relaxed before heading into Edinburgh on Monday so that I could record the voiceover for the new SEC video, that done we headed home once again.