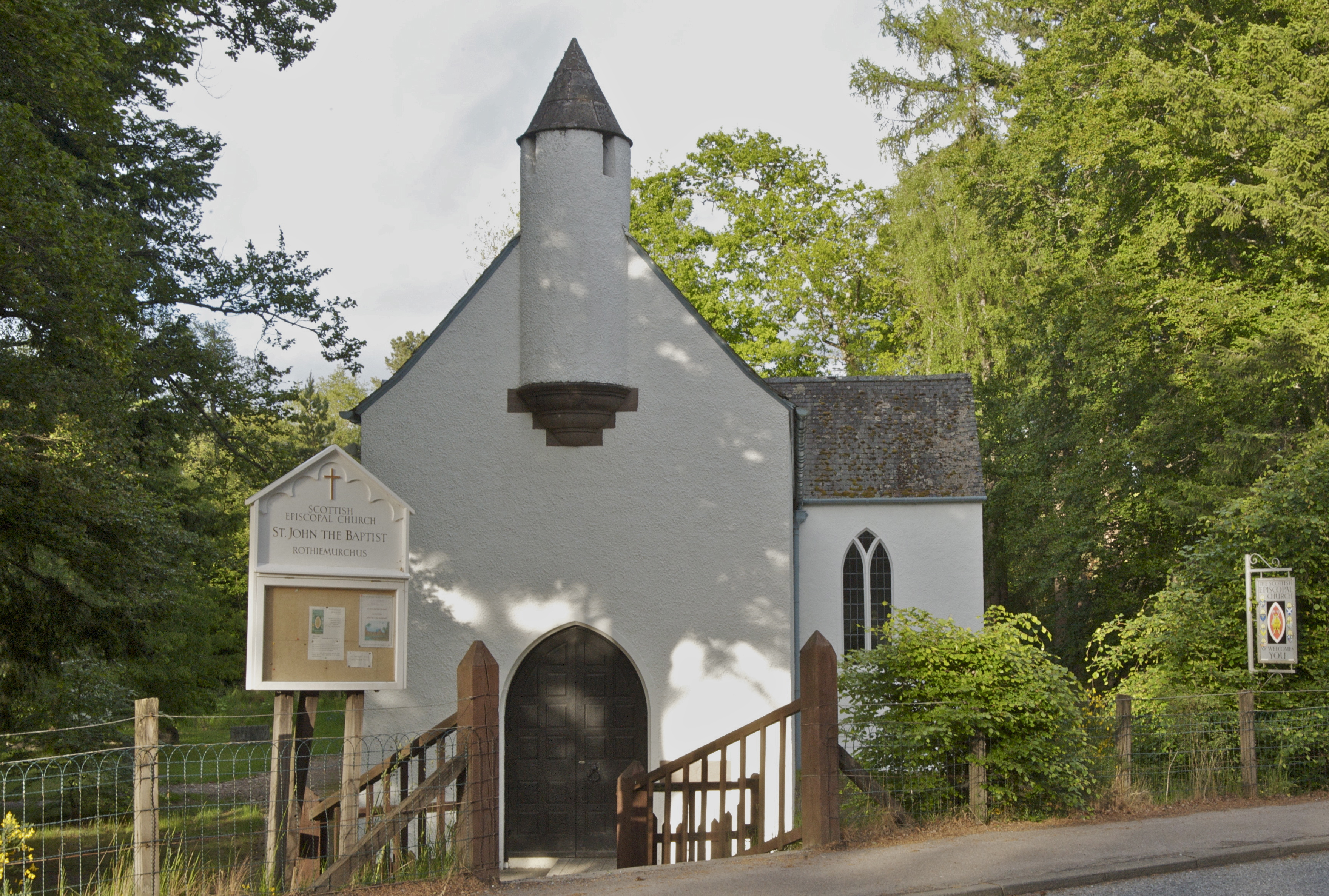 I had my first visit back to the Kinnoull Retreat house since it had a major upgrade, it was good to be back and the en-suite facilities were wonderful. I was there for a meeting of the Provincial Faith and Order Board. The Board holds one overnight meeting a year and it is when we discuss what might be brought to the General Synod, it was a busy but good meeting. I had travelled down with both Christopher and Cliff, our diocesan reps, we left in snow and arrived home in glorious sunshine. I love Scottish weather!

On Thursday I headed back down the A9 as far as Rothiemurchus where I celebrated the Eucharist at St John’s before joining the congregation at the Druie cafe.  It is always good to be able to spend time just chatting to the members of congregations, you can learn so much. I drove over to Boat of Garten for a meeting with Archdeacon Richard before heading back to Inverness for a further meetings with some of the clery from the North East of the Diocese.

Friday saw us back on the road to Aberdeen, we were staying over at the Double Tree Hotel before attending and talking to the Electoral Synod the following day.  We seem to be spending a lot of weekends away, it is very nice but it is also very tiring, especially for Jane.  I pick her up straight from school and we head off down the road. We got back on Saturday just in time for me to take the evening Eucharist at Inverness Cathedral before we headed home for a quiet evening.

Mothering Sunday at the Cathedral was very hectic.  Along with the three morning services we also had the baptism of three children at the 11.00am. We were invited to the family home for lunch and then had to be back at the Cathedral for Afternoon Tea in the Hall.  Choral Evensong and the final Eucharist of the day saw the Bishop , Vice Provost and Jane all shattered by the time we locked up and headed home.

Back on the road on Tuesday as I headed up to the Crask Inn. The Crask is an old wayside hotel that has been given to the Diocese by Mike and Kai, the last owners. They felt strongly that the spiritual life at the Crask needed to be protected. We have been holding services there for a number of years and the congregation has grown and developed and it has become a special place for many, so having decided to offer us this most generous gift we were just making sure we can run it as a small retreat house while  raising enough to maintain the buildings by running Bed and Breakfast. I spent much of the day there both at meetings and just soaking up the atmosphere.

The following day I was back in Rothiemurchus as we said farewell to Mac McCullough.  Mac was the Churchwarden at St John’s and had been a large part of the development of Collaborative ministry styles at the Church and across the diocese.  She had died peacefully at home in Strathspey and we gathered to give thanks for her life. That evening I joined the Vice Provost, members of the Cathedral congregation including the bell ringers and people from the city as we remembered Sgt Fred Winchester who was killed at Arras in 1917. Fred had been a pupil at the Cathedral Boy’s School, a member of the choir and a bell ringer, it was a very special service.

Off on the road to Elgin on Thursday to take part in the farewell  assembly for the Head teacher of West End Primary School. Gordon had been the Head Teacher for all of our children, I had been a Chaplain at the School and Gordon had been Secretary to Holy Trinity, Elgin and my Rectors Warden. It was great to see the surprise on his face as I walked in and good to share the special day with him and his family.

The weekend saw us back on the train and heading for Edinburgh for r the 20th anniversary of the Provincial Youth Camps, but that story will need to wait until next time.