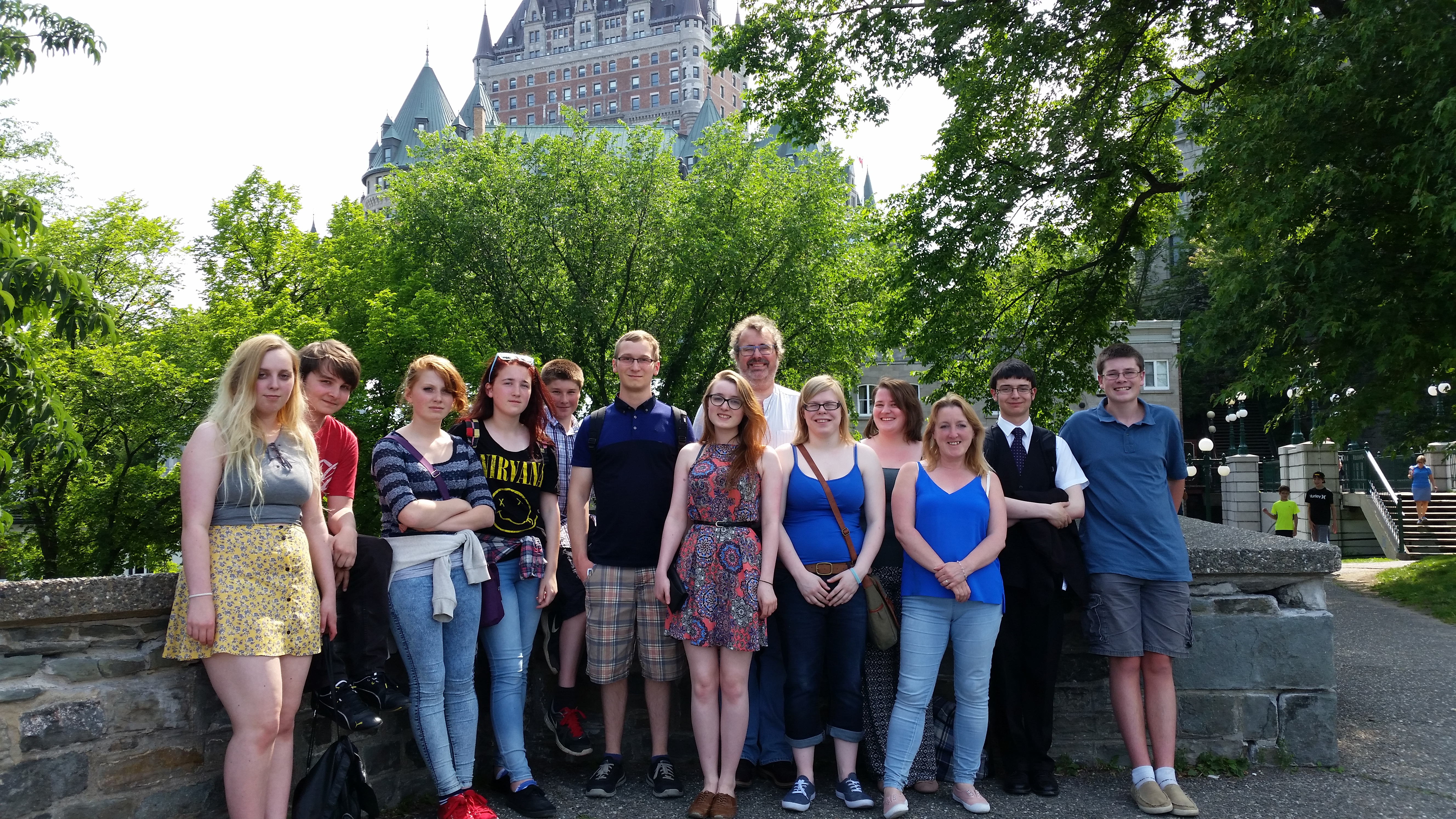 Well we have made it, after three years of fundraising and many hours of planning we set off from Inverness at 5.30pm on Friday 3rd July. Nine representatives of the diocese heading for Edinburgh where we were joined by two more who had travelled via Aberdeen.

Then, once I had figured out how to get the tickets, we headed for the airport by tram. A short nights sleep at the airport and then at 0600 we headed through security. The plane left a very wet and windy Edinburgh and arrived in a very hot and still Toronto. Here we lost one of our number as Clare was whisked away by customs! We found her in time and rushed over to the domestic gates and set off on the final leg to Quebec. The flight along the St Laurence gave us great views and in a short time we decended into Quecec.

We were met by +Dennis and the taxi party and we were led off to our accomodation. After supper at Bishopthorpe everyone headed off to bed, exhausted but  very excited at being in such a lively and interesting city