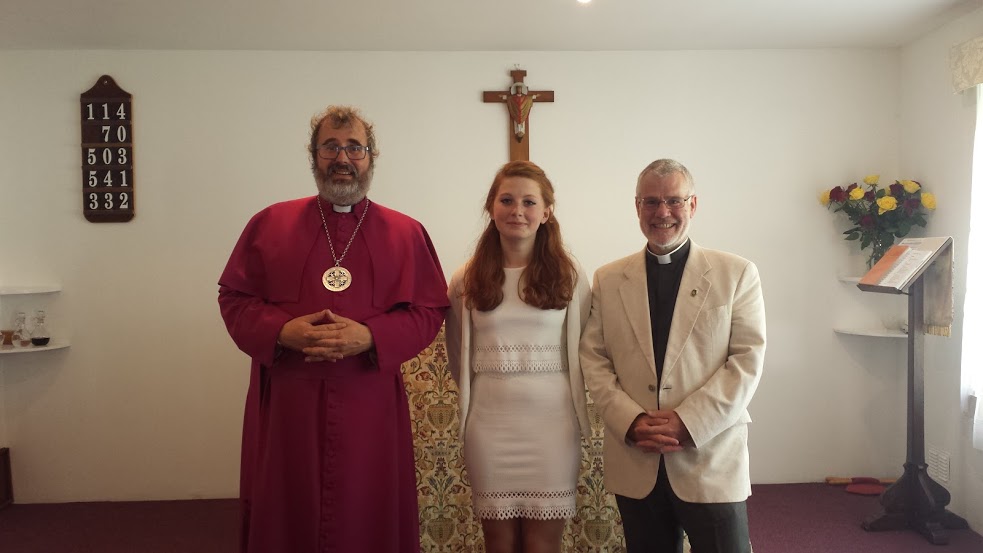 The school holidays were over and therefore Jane was back at work and my travelling became a little less fun, not that I was able to stay at home for long. I had a Vestry meeting through in Fochabers, the priest at the Gordon Chapel has retired and we were sorting out the way forward for the next few months, we had a good and upbeat meeting. The following day I drove up to the isolated Crask Inn for the monthly Eucharist with this remarkable congregation.  As I arrived cars were appearing down the single track road. As I entered the bar I was offered a coffee by the stand in barman Rev David Balfour while Rev Chris Mayo chatted to some tourists. I robed up and waited for the service to begin. The three German tourists who walked in and saw me standing at the bar in Eucharistic robes, mitre and crosier said hello and then fled!!

After a series of meetings at Arpafeelie we prepared for another journey to the West. Saturday night was spent in Ullapool, and on Sunday morning I Confirmed young Alexia Campbell who had been one of our Quebec pilgrims, the atmosphere in the church was magical. We drove North and stopped at the pie shop in Lochinver for lunch before celebrating the afternoon Eucharist in the  village. From here we once more headed North and after a short stop and breath of fresh air, in fact very fresh air just above Loch Gainmhich. 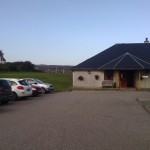 We arrived in Kinlochbervie and chatted to the congregation as they began to arrive, leaden with sandwiches and cakes. The service was as joyful and busy as always, we had to drag ourselves away and then talked about the day as we drove the 90 miles home.